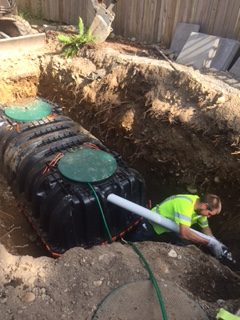 Septic tank inspections are often viewed with dread by homeowners – with some reason. There is some expense involved, and the inspection might reveal problems. A quick look at the headlines between November 2017 and the end of January 2018 shows that there are good reasons for septic tank inspections. These headlines included: “Toddler Dies After Falling into Septic Tank,” “New Jersey Woman Stuck in Septic Tank for Three Hours before Rescued,” “Remains Found in Septic Tank identified as 21-year-old who vanished more than ten years ago.” The team at Superior Septic Services would like to discuss how septic tank inspection in Marysville, and just about anywhere, can help prevent problems.

Do these headlines mean that septic tanks are dangerous and should be abolished? Not necessarily. These cases are a small percentage of the septic tanks in use. While there is not an accurate census of septic tank usage, it is estimated that as of 1990, at least ten percent of all new homes built had a septic tank. In some states, the percentage was as high as fifty percent. Correctly installed and maintained they keep bathroom and kitchen solids out of streams, help prevent mosquitos and other insects that love standing water. Despite the lurid headlines, septic tanks that are properly maintained and checked, maintain sanitation and are not safety hazards.

The key phrase here is “properly maintained and checked,” which means getting your septic tank inspected at regular intervals. If your septic tank is due for its septic tank inspection in Marysville, then call Superior Septic Services at (425) 905-2485. The family of the toddler has told reporters that they hope everyone will pay attention to septic tank maintenance so that no one else will have to suffer such a loss. We can help you do your part.